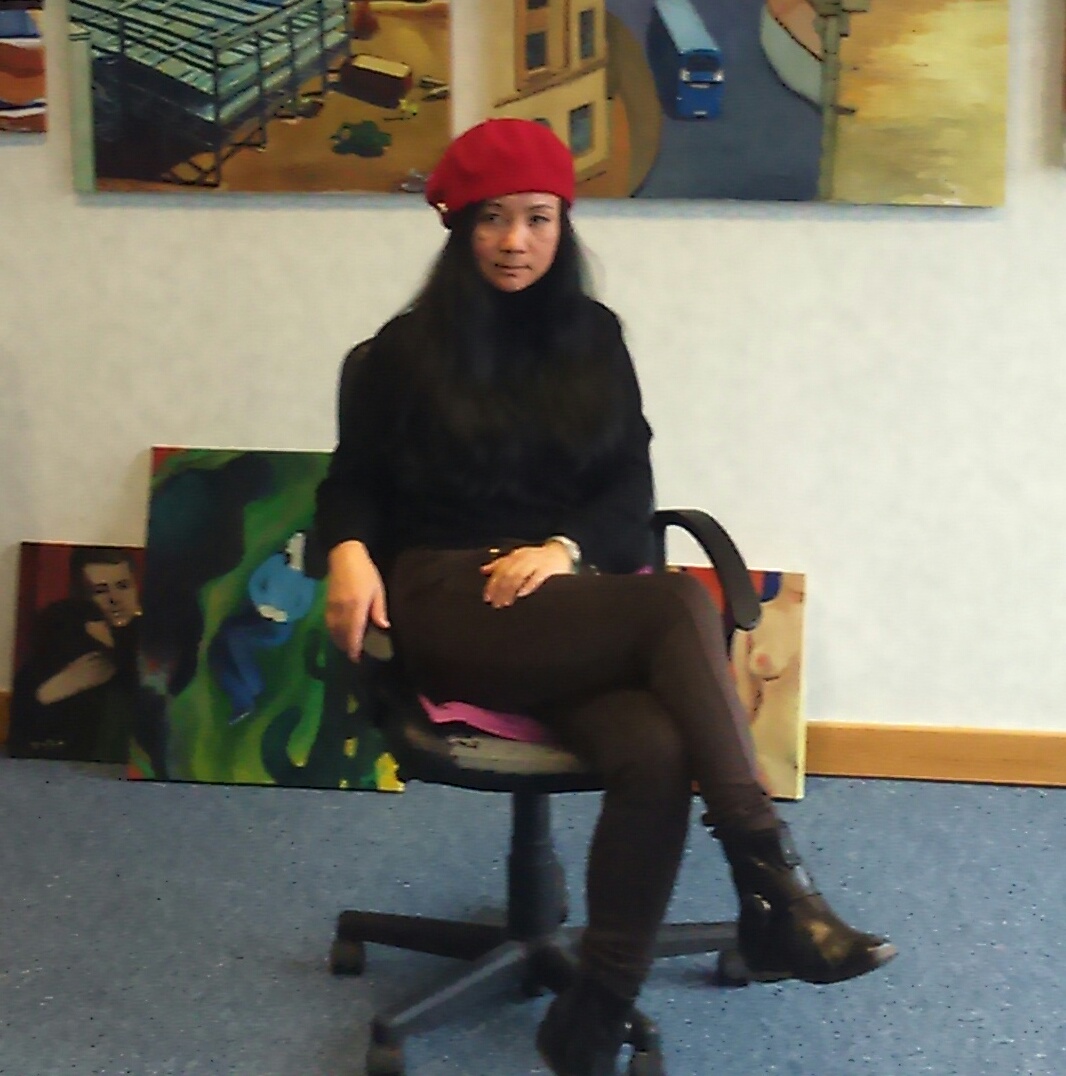 Ping Kelly is a graduate of Yunnan Arts University, in Kunming, where she also qualified as a teacher. Her personal preference is for abstract painting in oils but since taking up residence in The UK, she has further developed her skills as a portrait painter.
Ping collaborated with other local artists to create a banner depicting St Winefride, which now hangs in St Winefride's School in Wibsey. A more recent portrait responding to the only known image of a shrewd 18th century entrepreneur, Betty Beecroft, is currently on display at the Leeds to innovation exhibition at Leeds Industrial Museum.

Ping also creates water colours in the traditional style of her native China. However, she has recently deviated from the Chinese figurative style to experiment with abstract forms using traditional brush painting techniques.

From temporary studio space overlooking the Westfield Development site in Bradford’s Broadway, Ping painted the dramatic city centre landscape as it developed. At different times of the day and throughout the four seasons, she created a contemporaneous series of dramatic pictures marking the creation of a vibrant and new part of Bradford's history.

Ping has exhibited her work at several venues throughout Yorkshire as well as internationally and is included in Not Just Hockney, an illustrated guide to professional visual artists, in the Bradford district. As well as creating her own artwork, Ping also conducts workshops in Chinese brush painting, calligraphy, paper cutting and lantern making for groups of all ages. Besides children’s workshops in primary school, and at the Young Masters Visual Art School in Bradford, she has held adult workshops at the Fabric Gallery in Bradford and The Confucius Institute in Leeds. Ping has held workshops for both adult and child visitors to Bradford Festival and Huddersfield Festival. .